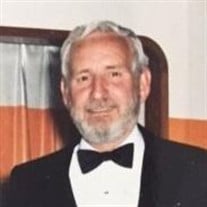 Born in Okmulgee to Lum and Mary Newberry, he passed at 87 in the family home that he built and lived in for 50 years. He lived in Osage and Beggs until 1944. Then back to Okmulgee after his father passed away. He joined the United States Marine Corps at 15, which landed him in South Pacific and China. After returning, he enlisted in the Oklahoma Army National Guard. He was mobilized to Japan, and on to Korea in 1950. He was given a direct commission and retired in the National Guard. Obtained a drafting certificate at Oklahoma A&M. Worked at Douglas Aircraft in Armament & Interiors Design Section. Retired after 34 years as scientific design engineer for Boeing Aircraft Co. He worked on interior designs for the B47, B52, B66, C124, EC121, A1E&J, C135, DC8, DC9, DC10, MD11. Involved in anthropometry, the scientific study of the measurements and proportions of the human body. After retirement, he became a part time consultant. IN HIS WORDS: “My achievements cannot be measured in material things, but rather by what I contributed to preserve the freedom we all share. I was blessed to know many honorable men and women that paid a price for our freedom. The best part of my journey was family. I thoroughly enjoyed watching them grow up and attaining the goals they set for themselves. Blessed for having lived long enough to see my grandchildren take their places in the betterment of themselves and their country.” Survived by daughters Suzan Wadley and Janna Cooney; son Bill Newberry; grandchildren Jon Wadley, Justin Wadley, Bryce Wadley, and Will Newberry; great granddaughter Isabel; son-in-law David Wadley; daughter-in-law Nitty Newberry; sisters Dolly Fuller and Jequita Martin; brothers Dal Newberry, Lum Newberry, and Carl Newberry; sister-in-laws Carolyn Newberry and Cathy Newberry; brother-in-law Archie Fuller; and many nieces, nephews, their spouses, and families. Preceded in death by wife Helen Newberry; granddaughter Breanna; parents Mary and Lum Newberry; sisters Maxine Dunham, Addie Lou Williams, and Ruth Catlett; sister-in-law Carol Newberry; and brother-in-laws Fred Catlett and Frank Martin. Our Dad and role model, and my best friend. Funeral service 3:00 P.M. Sat, July 15, 2017 at McClendon-Winters Funeral Home Chapel. Interment will follow in the Okmulgee Cemetery. Viewing Fri from 12:00 P.M--8:00 P.M. Arrangements have been entrusted to the McClendon-Winters Funeral Home of Okmulgee. Memories, condolences, photos and videos may be shared with the family on Mr. Newberry’s Tribute Page of our website at www.mcclendon-winters.com

Born in Okmulgee to Lum and Mary Newberry, he passed at 87 in the family home that he built and lived in for 50 years. He lived in Osage and Beggs until 1944. Then back to Okmulgee after his father passed away. He joined the United States Marine... View Obituary & Service Information

The family of William Bryson Newberry created this Life Tributes page to make it easy to share your memories.

Born in Okmulgee to Lum and Mary Newberry, he passed at 87 in...