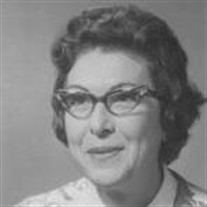 Virginia Mae “Ginny” Oliver, 91 year old Beggs resident, passed away Friday, July 20, 2018 at her home. She was born November 23, 1926 in Wynnewood, Oklahoma to the late Willy W. and Flora Mae (Brewster) Fox. She married Don O. Oliver on January 10, 1952 in Van Buren, Arkansas. He preceded her in death on September 25, 1992.Ginny loved to fly airplanes and do ceramics. She enjoyed going to car shows and most of all she love to spend time with her family. Ginny worked at OSU-Okmulgee as a secretary for 25 years, retiring in 1986. She was a member of the First Baptist Church of Beggs and the Okmulgee Elks Lodge. She was preceded in death by her parents, husband, son-in-law, Travis Tolar and a brother, William Edward Fox. Survivors include children Jerry Oliver (Mary) of Beggs, Ginny Meredith (J.D.) of Okmulgee, and Donna Tolar(Greg Hughes) of the home in Beggs, five grandchildren Robert Oliver, Chris Oliver, Stacy Densmore all of Beggs, Ginifer Hodges of Texas, and Debbe Keesee of Okmulgee, eight great grandchildren Devon, Brent, Paris, Jerry, Kaylee, Daniel, Skylar, and Shawnacy, three great great grandchildren Dixie, Ryan, and Haylee, brother Charles Fox of Pauls Valley, sister-in-law Patty Rigazzi of McAlester and numerous nieces and nephews. A special thank you to A-Vow Hospice and the love and care by Lindsey, Annie and Holly. A funeral service will be held 2:00 P.M. Wednesday, July 25, 2018 at the McClendon-Winters Funeral Home Chapel with Reverend David Hamilton officiating. Interment will follow in the Beggs Cemetery. Casketbearers will be Robert Oliver, Chris Oliver, Brent Oliver, Devin May, Shawn Densmore and Danniel Hodges. Honorary casketbearer will be Jerry Christopher Oliver. The family will receive friends on Tuesday evening from 5:00 P.M.-7:00 P.M. at the funeral home. Arrangements have been entrusted to the McClendon-Winters Funeral Home of Okmulgee.

The family of Virginia "Ginny" Mae Oliver created this Life Tributes page to make it easy to share your memories.