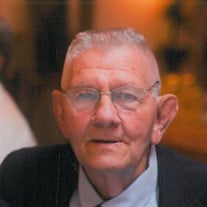 Thomas William (“Tom”) Grimmett, 83, life-long resident of Okmulgee County, died after a brief stay at St. Francis Hospital on Thursday, August 20, 2020. Tom was born at home in Bald Hill, Oklahoma on September 21, 1936 to Alvis and Mabel (Miller) Grimmett. He was the youngest of six siblings born to Alvis and Mabel Grimmett. He graduated from Twin Hills High School, served for two years in the U.S. Army after being drafted, graduated from Northeastern State University (Tahlequah) in 1962 and completed his Master’s Degree in Education at Northeastern State University in 1968. Tom married Janice Denney in August of 1962 and began his teaching and coaching career at Dover High School in Dover, Oklahoma. After teaching at Dover, he continued his teaching and coaching career at Liberty Mounds, Coweta and Owasso Schools, eventually retiring from Beggs Schools, after 38 years of teaching. For most of his life, Tom and Janice were residents of the Bald Hill/Twin Hills community, living in the same home where he was born until his death. During his time at Twin Hills, he raised Hereford cattle and other livestock, supported his sons in their sports, livestock showing and public speaking endeavors and remained a faithful and ardent sports fan, attending games at Preston High School and Beggs High School, often in support of his grandchildren. Tom and Janice were active members of Crossroads Baptist Church in Beggs, Oklahoma. He is preceded in death by his mother and father, his brothers Harold (“Pete), Leonard and Alvin Grimmett and his sister, Nettie Crenshaw. He is survived by his loving wife of 58 years, Janice Grimmett, his sons and their wives, Rod and Dana Grimmett of Beggs, Greg and Stacy Grimmett of Wellston and Randy and Allison Grimmett of Los Angeles; his sister Geneva Roberts of Twin Hills, grandchildren Kyle Grimmett of Nuyaka, Ashleigh Callahan of Beggs, Zack Grimmett of Beggs, Nick Grimmett of Beggs, Bailey Stremme of Tulsa, Kelsey Starks of Wellston, Treyton and Blaiklyn Grimmett of Wellston and Adeline and Ellie Grimmett of Los Angeles; grand-in-laws, Peyton Callahan, Emily Grimmett, Paige Grimmett, Brett Stremme and Ricky Starks and great-grandchildren Kaleigh Thompson Callahan, Abby, Calvin and Samantha Callahan, Noah and Nate Grimmett, Lincoln and Livia Grimmett and Brantley and Kaisyn Starks. Funeral services will be on Monday, August 24th at 10 am at Crossroads Baptist Church. Viewing will be at McClendon-Winters Funeral Home in Beggs, OK on Saturday, August 22nd from 8:30 am-12 noon. Burial will be at the Haskell Cemetery. Pall bearers will be Kyle Grimmett, Zack Grimmett, Nick Grimmett, Treyton Grimmett, Denver Markes, Nate Porter, Brett Stremme, Peyton Callahan and Ricky Starks.

The family of Thomas William Grimmett created this Life Tributes page to make it easy to share your memories.