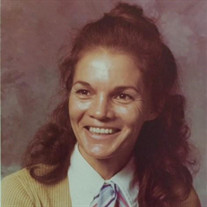 My Grandmother by Brandy Synar My grandmother passed away last night and my heart is breaking. I was asked to write an obituary for her and I started trying to remember all of the dates and events that happened in her life, like, when and where she was born, when she graduated from high school and college. I started thinking about all of her children and grandchildren and her great grandchildren, nieces and nephews - all of the lives she has graced. Gram, as I and many others, called her, accomplished much in her life after starting with so little. But there is story that she told that keeps coming to mind. Her story about a cat. When she was about six years old, she had a cat on the ranch where they lived. One day when she went searching for her cat. She found her cat in the the loft of their barn and noticed that her cat had kittens. Being six, of course, she was elated! The next morning, she headed straight to the loft to see the kittens. As she was climbing up to the loft, she saw a large tom cat run away. When she got to the top of the ladder, she realized that the all of the kittens were gone, but one. The tom cat had eaten all of the baby kittens, but one. The baby kitten was in bad shape. It had a leg missing, a tail, and both of its ears. At the young age of six, my grandmother decided that the poor kitten was going to live. The kitten, of course, was probably in severe pain and would have been happy to move on from this world, but that was no longer an option. My grandmother set to work -putting alcohol on the wounds (Yes, I can only imagine!) and stitching them up. She put the kitten in a box by her bed, so that she could continue to care for it. The kitten did survive and went on to be Gram’s beloved cat named, of course, Stubby. When I think of this story, it reminds me of exactly who my grandmother was throughout her life. She was Determined (With a capital D). From the very moment Gram found that kitten, she was determined to do anything she could to help that kitten survive. Gram was full speed ahead her entire life. She had enough determination for all of us. She was caring. She had a big heart for the underdogs in life and she went out of her way to help, whether it was with money, time, wisdom, or shelter. She was courageous! Even as adults, most of us would not have the courage to sew up an animal that was hurt, but a six year old? In her entire life, She never thought to be scared. My life has been blessed by her presence and I am truly grateful that I was one of Gram’ s “cats”. Peggy Irene Satterfield, known as Gram to many friends and family, passed away on August 23, 2017, at the age of 84. She was born on February 9,1933. to the parents of Sam and Edna Shipley. A native of Oklahoma, Peggy attended Northeastern State University, graduated magna cum laude with a master’s degree in Special Education in 1969. She was one of the first Special Education teachers in the state of Oklahoma and she was instrumental in establishing the Gifted and Talented program for Oklahoma students. Over the course of her teaching career, Peggy wore many hats, including Principal at Banneker school in Okmulgee, OK and Checotah Public Schools. Peggy is preceded in death by her son, Samuel Stephen Satterfield, her granddaughter, Brittney Satterfield, her brother Jack Shipley and her husband Al Cheeseman. She is survived by her brother Rusty Shipley of Eufala, OK, her sister Sammy Bailey of Morris, her sister Rebecca Shipley Stafford of Portales, New Mexico, her brother Dusty Shipley of Morris, her children, Tim Satterfield of Foyil, Ok, Todd Satterfield of Okmulgee,OK, Joy Satterfield of Tahlequah,OK, and Brandy Synar of Broken Arrow, her grandchildren, Michael Castronovo of Tahlequah and Misty Jewell of Okmulgee and numerous nieces, nephews, great-grandchildren and great-great grandchildren. In lieu of flowers, Peggy would have wanted any donations or memorials to be made to St. Jude’s hospital. Interment will be in the Morris Cemetery.

My Grandmother by Brandy Synar My grandmother passed away last night and my heart is breaking. I was asked to write an obituary for her and I started trying to remember all of the dates and events that happened in her life, like, when and... View Obituary & Service Information

The family of Peggy Irene Satterfield created this Life Tributes page to make it easy to share your memories.

My Grandmother
by
Brandy Synar

My grandmother passed away last...