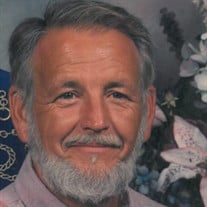 This man, Michael Brian Michael Brian was born on June 6th 1940 in Okmulgee, Oklahoma to parents Ilene and Kenneth Brian and brother and sister Ken and Debbie. From there he would graduate from high school in Stroud, enter the military in the engineering division of the army and graduate with a technical degree from Panhandle A&M in industrial electronics. He found and married the love of his life Janet Ruth Hayden in 1963. They moved to the Dallas area in 1965 where he worked for Rockwell International and was awarded 3 government patents for his work as an R&D technician. In 1994, having decided to take early retirement, he returned to his birthplace of Okmulgee and opened a wholesale nursery while dedicating time to The First Presbyterian Church as a devoted elder, a choir voice tenor and many times as the church’s volunteer handy man. So far the things that are mentioned don’t describe the character of the man. We would like for all those who read this obituary to know, that his needs never rose above anyone else's, that his selfless deeds never were spoken and that his acts of self sacrifice were never known. One day he came home from the doctor’s with a diagnosis of cancer. He had already fought off a heart attack and had extremely poor blood flow in one leg. He knelt down at his wife’s feet who herself was quite ill, and promised that he would do his best to live long enough to see her comfortably go from this earth. On February 3rd 2018 he made good on his promise. Watching now, he probably is not happy with us telling his story, as of course, humility was also part of his character. But now it is written, the generous contributions of this man, Michael Brian. On August 6th in Jenks, just two months after completing his 80th birthday, he went on to meet his wife and parents. He is survived by his daughters Cathy, Susie, Julie, son-in-law Douglas, son Mike and daughter-in-law Pilar, five grandchildren, and ten great-grandchildren. Graveside services for Michael will be held 10:00 a.m. Saturday August 15, 2020 at the Okmulgee Cemetery with Mr. Dan Sulivant and Reverend Jeffrey Francis officiating. Honorary casketbearers will be Alvin Arterbury, Dan Sulivant, Dr. Tom Alexander, Chris Woods, Nick Zografos, and Doug Bryan. Arrangements have been entrusted to McClendon-Winters Funeral Home of Okmulgee.

This man, Michael Brian Michael Brian was born on June 6th 1940 in Okmulgee, Oklahoma to parents Ilene and Kenneth Brian and brother and sister Ken and Debbie. From there he would graduate from high school in Stroud, enter the military in... View Obituary & Service Information

The family of Michael Brian created this Life Tributes page to make it easy to share your memories.