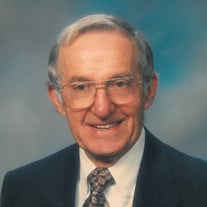 Dr. John Arthur Garis, M.D. passed away Thursday, December 28, 2017 in Tulsa at 86 years of age. He was born January 4, 1931 in Easton, Pennsylvania to the late Harry and Edwina (Beers) Garis. He was preceded in death by his parents, and a son, John Scott Garis. Survivors include his wife, Timmie Garis, of the home, children, Lonnie Garis and wife Pam of Oklahoma City, Dr. Jamie Garis of California, Lori Ramseier and husband Michael of Cody, Wyoming, T.J. Garis and partner Marla Smith of Dallas, Terry Mabrey and husband John of Tulsa and J.C. Tipton III of Kiefer, a brother-in-law, Eddie Evans and wife Linda of Okmulgee, a sister, Grace Ikai of Rhode Island, two nieces, twelve grandchildren and five great grandchildren. Dr. Garis graduated from Chestnut Hill High School in Brodheadsville, PA in 1949. He then joined the U.S. Navy at the age of 17. He served on the U.S.S. Consolation during the Korean Conflict as a member of the Hospital Corps serving as a Laboratory Technologist. This set the course for him becoming a physician. He was honorable discharged in 1953. In 1954 he married E.J. Smouse and they had five children, Jamie, Lonnie, Scott, Lori and T.J. In 1959 he graduated from Southeastern State University and in 1963 graduated from the University of Oklahoma School of Medicine. Dr. Garis then set up practices in Oklahoma City and Edmond. In 1977 John married Timmie (Evans) Tipton adding her two children Terry and Trey to the family. John and Timmie moved to Okmulgee where he practiced for the next 25 years, retiring in 2012. Being a doctor was his calling and he loved his patients. It is obvious that his patients and their families felt the same about Dr. John. He also loved his church, First Presbyterian Church of Okmulgee, where he was a member. Dr. John loved gardening and golf and spent many happy hours doing both. Friends may visit the funeral home on Friday 12:00 P.M. – 8:00 P.M. with a visitation from 5:00 P.M. – 7:00 P.M. A funeral service for Dr. Garis will be held 10:00 A.M. Saturday, January 6, 2018 at the First Presbyterian Church with Reverend Dr. Jeff Francis officiating. A reception will be immediately following the service in the Fellowship Hall. Interment will follow in the Okmulgee Cemetery. Casketbearers will be Lonnie Garis, J.C. Tipton III, John Mabrey, Sean Garis, T.J. Everett, and Eddie Evans. Honorary casketbearers will be McLean Mabrey, Michael Ramseier and Nick Hodge. Memorial contributions may be made in Dr. Garis’ memory to the First Presbyterian Church of Okmulgee, 401 S. Seminole, or the Humane Society of Okmulgee. Arrangements have been entrusted to the McClendon-Winters Funeral Home of Okmulgee.

Dr. John Arthur Garis, M.D. passed away Thursday, December 28, 2017 in Tulsa at 86 years of age. He was born January 4, 1931 in Easton, Pennsylvania to the late Harry and Edwina (Beers) Garis. He was preceded in death by his parents, and a... View Obituary & Service Information

The family of Dr. John A. Garis created this Life Tributes page to make it easy to share your memories.