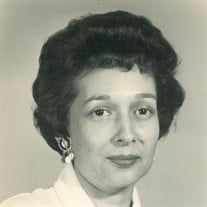 Jane L. Moore, age 95 passed away in Tulsa, Oklahoma on June 19, 2022. She was born to William Ruben and Susie Isabel (Morris) Sumpter on July 2, 1926, in Sallisaw, Oklahoma. She was one of six children. Jane attended Lowell Elementary and Junior High and graduated from Central High School in Tulsa, Oklahoma. She then went on to attend Oklahoma A & M College where she met her soon to be husband Glenn M. Moore, Sr. After they married, they moved to the Okmulgee area and settled in Morris Oklahoma making their home on the Half Moon Ranch. This is where they raised their children and called home for about 15 years. They later moved into town. Jane had been a member of the Morris community for over 60 years. She was a member of the First Baptist Church in Morris for many years and The Eastern Star. Jane later moved to Tulsa. Jane worked for the Bureau of Indian Affairs as a counselor for Indian Students at Okmulgee Tech, now OSU-IT for 15 years. She finished her career in Okmulgee with the BIA realty department. Jane liked to read, learned to play the drums, and played in the family band for a short time. She occasionally played a song or two on the piano. Later in her life she learned to paint. Jane enjoyed working with oils. Her family believes she was a good artist for a person who was self-taught. Jane is preceded in death by her parents William and Susie, husband Glenn, sibling’s Quannah W. Sumpter, Nedra Ruth Dunn, Gideon Conley Sumpter, Mildred Maxine Kennedy, William “Billy” Levi Sumpter, and a granddaughter Bianca Hayes. She is survived by her children Glenn M. Moore, Jr., and his wife Gail of Tulsa, OK; Marcy Moore of Broken Arrow, OK; Susie Brown of Morris, OK; and Lucy Moore of Tulsa, OK; grandchildren William Moore and wife Stacey, Matthew Duvall and wife Heather, Glenda Bressler and husband Doug, John Brown and wife Julie, Paul Brown and wife Laura, David Brown and wife Kim, John Hayes husband of Bianca Hayes, 14 great grandchildren, and 4 great-great grandchildren. Visitation for friends and family will be held at McClendon-Winters Funeral Home in Okmulgee on Sunday, June 26, 2022, from 1:00 P.M. to 6:00 P.M. Funeral Services will be held 10:00 A.M. Monday, June 27, 2022, at the McClendon-Winters Funeral Home Chapel in Okmulgee, OK. Casketbearers will be Matthew Duvall, William Moore, John Brown, Paul Brown, David, Brown, and James Hayes. Interment will follow at the Morris Cemetery. Arrangements have been entrusted to the McClendon-Winters Funeral Home of Okmulgee. Memories, condolences, photos and videos may be shared with the family on Jane’s Tribute Page of our website at www.mcclendon-winters.com

Jane L. Moore, age 95 passed away in Tulsa, Oklahoma on June 19, 2022. She was born to William Ruben and Susie Isabel (Morris) Sumpter on July 2, 1926, in Sallisaw, Oklahoma. She was one of six children. Jane attended Lowell Elementary and Junior... View Obituary & Service Information

The family of Jane L Moore created this Life Tributes page to make it easy to share your memories.