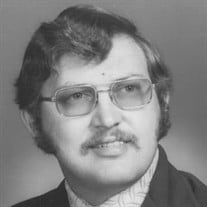 Jack E. Bell, Beggs resident and businessman, passed away Wednesday, September 8, 2021 at his home. He was born February 5, 1947 in Okmulgee to Fred and Mary Lou (Cockrum) Bell. Jack graduated from Beggs High School, Northeastern State University and Oklahoma State University. He taught Industrial Arts in Kansas City, Kansas; Jay, Oklahoma; and at Beggs before starting Bell’s Backhoe and Dozer Services in 1977. His passion for cars, especially hot rods also led him to start an auto repair service. He enjoyed showing cars and racing. Jack loved collecting Cushman Motorcycles and was a member of the Cushman Club of America. In 2015 Jack became a Professional Santa, working at the Polar Express, Christmas Unwrapped and many other venues over the past six years. He also served as Mayor of Beggs for several years. Jack was raised at the First Assembly of God in Beggs. He was united in marriage with Freda Wynn on June 7, 1974 in Mounds. Jack is preceded in death by his father and a nephew, Chris Bell. Survivors include his wife, Freda Bell, a son, Rodney Bell, a daughter, Mary Bell, his mother, Mary Lou Bell, a brother, John Bell and wife Kathryn and their son, Jesse and numerous nieces and nephews. Friends may visit he funeral home on Monday from 1:00 P.M. – 8:00 P.M. A Service to Celebrate Jack’s Life will be held 2:00 P.M., Tuesday, September 14, 2021 at the First Assembly of God in Beggs. Reverend Robert Yandell will officiate. Interment will follow in the Beggs Cemetery. Casket bearers will be Rodney Bell, Jesse Bell, Richard Koch, Jake Fulton, Derek Pilkington, Jay Rouk, Darrell Hastings and Billy Hamilton. Honorary casket bearers will be Ronnie Green, John Bell, Amos Gaines, Jack Branson and Henry Smith. Arrangements have been entrusted to the McClendon-Winters Funeral Home of Okmulgee. Memories, condolences, photos and videos may be shared with the family on Jack’s Tribute Page of our website at www.mcclendon-winters.com

The family of Jack Bell created this Life Tributes page to make it easy to share your memories.