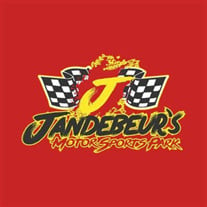 Douglas Benjamin Jandebeur, longtime Tulsa resident and Businessman, passed away Sunday, August 29, 2021 at his Okmulgee residence. He was born March 10, 1931 in North Platte, Nebraska to Robert Henry and Ruth (Harriet) Jandebeur. At a very young age Douglas met the love of his life and future wife, Charlotte Joan Burkhart. Motorcycles played an important role in their life, not only in business but in travels throughout the world. They moved their family to Tulsa in December 1959 to open Jandebeur’s Motorcycle dealership, selling in 1978 he was the 8th oldest Honda Dealer in the world. They next began an aviation business, Million Air Tulsa, fueling private aircraft, airlines, and military, selling in 2000. In 2010, their oldest son Robert brought back the Jandebeur name as a MotorSports Park in Okmulgee and in 2015 Douglas and Charlotte moved to Okmulgee buying a 100-acre Farm where they loved working a large pecan orchard next to the Park while watching riders enjoy dirt bikes. He was preceded in death by his parents, loving wife of 68 years, Charlotte Jandebeur and a grandson, Adam Jandebeur. Survivors include his sons, Robert Douglas Jandebeur, Alan Doyle Jandebeur and wife Becky and James Dwight Jandebeur, grandchildren, Rod Jandebeur, Ryan Jandebeur, Noah Jandebeur, April Francis and husband Doug, Taylor Jandebeur and Charlotte Jandebeur, great grandchildren, Rustin, Riley, Kaden, Jon and Ava Jandebeur and Emma and Luke Francis, a brother, Leland Jandebeur and wife Kay, and his loving caregivers. . Friends may visit the funeral home beginning at 1:00 P.M. Wednesday and the family will receive friends Wednesday evening from 5:00 P.M. – 7:00 P.M. A funeral service will be held 1:00 P.M. Thursday, September 2, 2021, at Kirk of the Hills in Tulsa with Reverend Shano Raranje officiating. A reception will follow the service. Interment will be in the Floral Haven Cemetery. Casket bearers will be Rod Jandebeur, Ryan Jandebeur, Noah Jandebeur, Taylor Jandebeur, Riley Jandebeur and Kaden Jandebeur. Honorary casket bearers will be Robert Jandebeur, Alan Jandebeur and Jim Jandebeur. A Celebration of Life will be held 12:00 P.M. Saturday, September 4, 2021 at Jandebeur’s Motor Sports Park in Okmulgee, when Doug will take his final lap. Memorial Contributions may be made to the Douglas and Charlotte Jandebeur Foundation in care of the McClendon-Winters Funeral Home, 303 East Seventh Street, Okmulgee, Oklahoma 74447. Arrangements have been entrusted to the McClendon-Winters Funeral Home of Okmulgee. Memories, condolences, photos, and videos may be shared with the family on Douglas’ Tribute Page of our website at www.mcclendon-winters.com

The family of Douglas B. Jandebeur created this Life Tributes page to make it easy to share your memories.