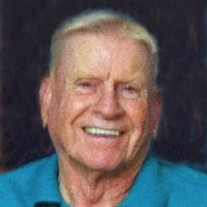 Donald Wayne Pittman was born April 28, 1929 in Beggs, Oklahoma to the late Albert and Gertrude (Jamison) Pittman. He passed away Thursday, January 16, 2020 at Clarehouse in Tulsa. He was 90 years of age. Don was raised in Beggs and graduated from Beggs High School in 1947. He married Jacqueline June Anderson on May 28, 1949 in Beggs. He attended Fort Hayes State College and received his Bachelor Degree in Industrial Arts and Physical Education. He completed a Master Degree in Education from Southwestern Oklahoma State University and went on to receive his Superintendent Certification from the University of Oklahoma. Don spent his career teaching, coaching and in administration in schools throughout Oklahoma, including Beggs, Blackwell, Lexington, Maud, El Reno, Mounds, Watonga, Geary, Canton, Grove and Tulsa Christian School. He retired from Grove Public Schools in 1986. After retirement he went to work in Okmulgee and was director of an adult shelter workshop cleaning offices and mowing lawns. Don was especially fond of his horse “Babe” and dog “Cricket”. He enjoyed playing the guitar, singing, playing golf and listening to country music, but his greatest love was being with his family. He was a First Baptist Church Deacon. Don will be remembered for his generosity and for being the life of the party. He was preceded in death by his parents, wife Jackie, brothers, Floyd, Lloyd, and Lester Pittman and sisters, Maxine Swearingen, Mary Holden, Jean Eden and Ann Beamon. Survivors include his children, Marlee Norris and husband Gene of Dike, Texas, Ron Pittman and wife Karen of Edmond, Jane Jump and husband Tim of Ponca City, Bonnie Christenson and husband Dale of Pawhuska, and Sam Pittman and wife Jamie of Fayettville, Arkansas, grandchildren, Jeff Jump, April Offutt and husband Jeremy, Lyndsay Pittman, Skyler Pittman, Jake Christenson and wife Brett and Luke Christenson and wife Jillian, great grandchildren, Brynn and Reese Offutt, Baylor, Rylan, Ember, June, Hunter, Lily, Colt and Ellie Mae Christenson, sisters, Billie Sue Shaull and Delores Gish and a foster sister, Kathy Garringer, numerous nieces and nephews and countless lives he has touched that are too numerous to mention. Don is also survived by the Holden and Crittendon families, who loved and cared for him throughout his life. Friends may visit the funeral home on Monday, January 20, 2020 from 1:00 P.M. – 6:00 P.M. and the family will be present from 4:00 P.M. – 6:00 P.M. to receive friends. A funeral service will be held 1:00 P.M. Tuesday, January 21, 2020 at the First Baptist Church of Mounds with Reverend Don Crittendon officiating. Interment will follow in the Oakwood Cemetery in Mounds. Casketbearers will be Ron Pittman, Sam Pittman, Skyler Pittman, Jeff Jump, Jake Christenson, and Luke Christenson. Honorary casketbearers will be Gene Norris, Dale Christenson, Ray Holden, Jim Beard, Keith Shaull, Jeff Culbert, Jeremy Offutt and Dan Garringer. Memorial contributions may be made in Don’s memory to Clarehouse, 7617 South Mongo Road, Tulsa, Oklahoma 74133. Arrangements have been entrusted to the McClendon-Winters Funeral Home of Beggs. Memories, condolences, photos and videos may be shared with the family on Don's Tribute Page of our website at www.mcclendon-winters.com

Donald Wayne Pittman was born April 28, 1929 in Beggs, Oklahoma to the late Albert and Gertrude (Jamison) Pittman. He passed away Thursday, January 16, 2020 at Clarehouse in Tulsa. He was 90 years of age. Don was raised in Beggs and graduated... View Obituary & Service Information

The family of Donald Wayne Pittman created this Life Tributes page to make it easy to share your memories.