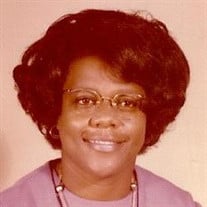 On January 27, 1947, Delores Ann Reagor-Butler was born to Paul and Obzinder “Mama Sue” Carr-Reagor in Okmulgee, OK. Her oldest brother was allowed to name her, but her mother, affectionately, called her Sally. Sally attended Okmulgee Public Schools throughout her youth. After graduating from Dunbar High School in 1965, she matriculated to Langston University. While at Dear Langston she obtained a Bachelors of Arts in Secondary Education, and became a member of Alpha Kappa Alpha Sorority, Inc. She furthered her studies in counseling and psychology at Oklahoma State University, and Central State University. She often spoke of her times on campus, the different people she encountered, and how she enjoyed herself immensely. During the beginning of her career, Sally taught History, and Social Studies at Booker T. Washington High School in Tulsa, OK. In addition, she supervised student organizations, and coordinated theatrical productions while also working for Job Corp, and Tulsa Park & Recreation. After spending majority of her youth declaring that she would never marry, she met the man who would soon change her mind. Upon agreeing to go on a blind date, Sally met Ben Butler Jr. She fell deeply in love with his charisma, but most of all, she fell in love with his brain power. After vowing to take it one day at a time, they formed a great union, and became best friends and great partners in life. Shortly after, they moved to Oklahoma City, OK, and later relocated to Aurora, IL. While in Aurora, Sally obtained her Masters degree in Business Management from Aurora University in 1985. She also volunteered her services with the Urban League, where she did her job so well that they offered her a paying position. She worked there for a short period of time, and then began working for a job training program where she was later named the Director of the Northern Kane County Job Training Department in Elgin, IL. She was responsible for planning, and implementing the Job Training Partnership Act. She excelled at leading corporations, and people, in developing jobs for underemployed, and unemployed communities. Not only did she create jobs, but she also created opportunities for people to go to school. She was very big on education. Not only did she talk the talk, but she walked the walk. Sally and Ben later adopted their son Jonathan B. Butler. They loved him tremendously, and expressed it on a daily basis. They didn't set any limitations on his abilities. From being a member of Jack & Jill to involving him in the Arts, as well as furthering his education beyond high school, they made sure that he was immersed with different experiences. Sally resided in Naperville, IL until returning to Oklahoma in 2012. She spent the last of her days in Tulsa, OK with her son Jonathan, and her great-niece Monique. Delores Ann Reagor-Butler is preceded in death by: her husband, Ben Butler Jr.; her mother, Obzinder Carr-Reagor; her father, Paul Reagor; her brothers: Cecil Wallace, Willie Robinson Jr., James “Pete” Robinson Sr., Paul “Buck” Reagor Jr., John “Pap” Reagor; her sister, Rose Turner. She leaves behind: her son, Jonathan B. Butler (Tulsa, OK); her brother, Jimmy Herndon (Dallas, TX); Sister-in-laws Emma Reagor (Tulsa, OK), Verlene Robinson (Kansas City, KS), and Maureen Reagor (Tulsa, OK), as well as many nieces, nephews, and cousins Funeral services for Sally will be held 2:00 P.M. Saturday, September 1, 2018 at the First Baptist Church in Okmulgee with Reverend Zenobia Guess-Mayo to officiate. Interment will follow at the Okmulgee Cemetery. Friends may visit the funeral home on Friday, August 31, 2018 from 1:00 pm. until 8:00 pm with the family present to receive guest from 5:00 pm until 7:00 pm. Arrangements have been entrusted to the McClendon-Winters Funeral Home of Okmulgee

On January 27, 1947, Delores Ann Reagor-Butler was born to Paul and Obzinder &#8220;Mama Sue&#8221; Carr-Reagor in Okmulgee, OK. Her oldest brother was allowed to name her, but her mother, affectionately, called her Sally. Sally attended... View Obituary & Service Information

The family of Delores" Sally" Ann Butler created this Life Tributes page to make it easy to share your memories.