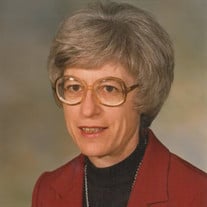 Delores (Durbin) McIntosh of Okmulgee, Ok passed away peacefully the morning of October 9, 2019. She was surrounded and supported by her loving family and caregivers of Highland Park Manor during her final days of her life. Delores was born in Henryetta, OK on September 19, 1935 to her loving parents Melvin and Ruby (Dodds) Durbin. Delores was raised in Dewar, Ok where she attended school and was a member of the Dewar Dragons Basketball Team. She attended East Central University in Ada, OK where she earned a degree in teaching. Delores furthered her education earning a double Masters degree from Northeastern State University. She taught over 30 years, most of those years with Okmulgee Public Schools, where she was president of the Classroom Teachers Association and selected as teacher of the year in 1985. After retirement she spent time taking care of her grandkids, traveling to many of their activities, and just being with family. She enjoyed studying the Bible, and attending church at Belvin Baptist where she was a Trustee and a member for over 20 years. Delores took an active interest in anyone God placed in her life and always looked for little ways to show kindness or brighten others day. Delores married Abe McIntosh of Tiger Mountain, OK in March 1956. To this union four children were born. Preceding Delores in death are her parents, husband Abe McIntosh, and granddaughter Sami McIntosh. Those left to cherish all of the wonderful memories of Delores are her children Rocky McIntosh, Denise Morrow and husband Rocky, Kris Mayberry and husband Scott, and Gena Ballard and husband Marty, grandchildren Bryce Ray McIntosh, Chad Morrow and wife Holly, Jacque Trujillo and husband Trevor, Tiffany Huckabee and husband Braxton, Rachel Mayberry, Hailey Mayberry, Trent Mayberry, Blaise Mayberry, Makelti Ballard and boyfriend Chad, and Kaden Ballard, great grandchildren Nadia Clark, Conlee and Grace Morrow, Ella and Titus Trujillo, Marek, Maverick, and Maddox Huckabee, and Avry Eatherly, sister Deanna Stephenson and husband Bill, brother in laws Ledtkey McIntosh and wife Beverly, Joe "Spook" McIntosh, and Richard McIntosh. A funeral service will be held for Delores 1:00pm Tuesday, October 15, 2019 at the First Baptist Church of Dewar in Dewar, Oklahoma with Reverend Ledtkey McIntosh officiating. Interment will follow at the Okmulgee Cemetery. Friends may visit the funeral on Monday, October 14, 2019 from 1:00pm-8:00pm with the family present to receive guest between 6:00pm-8:00pm. Arrangements have been entrusted to the McClendon-Winters Funeral Home of Okmulgee.

Delores (Durbin) McIntosh of Okmulgee, Ok passed away peacefully the morning of October 9, 2019. She was surrounded and supported by her loving family and caregivers of Highland Park Manor during her final days of her life. Delores... View Obituary & Service Information

The family of Delores Mae McIntosh created this Life Tributes page to make it easy to share your memories.