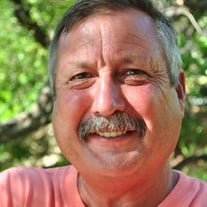 David Lee Schachle, 67 year old Beggs resident, passed away Sunday, December 24, 2017 at Clarehouse in Tulsa. He was born May 24, 1950 in Ada, Oklahoma to the late John Thomas and Irene Marie (Hoffman) Schachle. David graduated from Beggs High School in 1968 and received his Bachelor’s Degree in Education and Master’s Degree in Administration from Northeastern State University in Tahlequah. He also served in the Oklahoma National Guard. He married Linda Purdy on May 27, 1972. He was a member of the Oklahoma Coaches Association and had been a member of the Beggs and Jay United Methodist Churches. David began his coaching career in Bixby in 1975. From 1982-1991 he coached in Beggs, and moved to Jay in 1991. In 1993, he began coaching at Oaks and then returned to Jay in 1996, serving as Assistant Principal and retiring in 2008 as the Superintendent. Throughout his career David was known as “Coach”. He enjoyed basketball and fishing, and loved cooking, grilling, and traveling, but most of all, spending time with his grandchildren. He was preceded in death by his parents and a grandson, Davis Brafford. Survivors include his wife, Linda Schachle, children, Amber Schachle and Lance Schachle and wife Amy, grandchildren, Morgan, Kaitlyn, Collin, Kenna, Myla and Ashlin, his sister, Carolyn Taylor and husband Ed, sisters-in-law, Jackie Ledford and Shirley Webb, numerous nieces and nephews and countless players and students. Friends may visit the funeral home on Thursday from 2:00 P.M. – 8:00 P.M. The family will be present from 5:00 P.M. to 7:00 P.M. A funeral service will be held 1:00 P.M. Friday, December 29, 2017 at the Crossroads Baptist Church in Beggs. Interment will follow in the Beggs Cemetery. Memorial contributions may be made in David’s memory to Clarehouse, 7617 S. Mingo Road, Tulsa, OK 74133. Arrangements have been entrusted to the McClendon-Winters Funeral Home of Beggs. Memories, condolences, photos and videos may be shared with the family on David’s Tribute Page of our website at www.mcclendon-winters.com

The family of David Lee Schachle created this Life Tributes page to make it easy to share your memories.