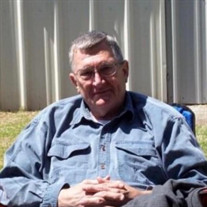 David V. Martin, age 77, went to be with our Lord on August 15th, 2021, because of COVID-19. David was born in Elk City, Oklahoma on December 14, 1943, to A.V. (Bud) and Winona Martin. He and his wife (Sharlette) were married for 55 years. David and Sharlette were married on April 9, 1966, at the Northside Baptist Church in Lawton, Oklahoma. The following year, David graduated from Southwestern State University with a degree in Pharmacy. They then moved to Arlington, Texas where he began his career as a pharmacist. After relocating several times and having two children, David, Sharlette, and their children moved to Morris, Oklahoma in 1975. After moving to Morris, David continued his career in pharmacy at Okmulgee Memorial Hospital. Then, he moved on to work for the Veterans’ Administration in Muskogee and Tulsa. David retired from the Veterans’ Administration and soon after began a second career as a pharmacist for the Okmulgee Creek Nation. After retiring a second time, he worked as a traveling pharmacist for a short time and then worked as a fill-in pharmacist for M&D Star Drug in Okmulgee for a few more years before finally fully retiring to enjoy family and fishing. David was an active member of the Morris Church of Christ where he and his family have been members since they moved to Morris. In addition to his many accomplishments, David coached Little League Baseball when his son was a child and again when his grandkids were of the “Little League Age.” David was a mentor to many and a quiet leader. He touched numerous lives and was known for his generous heart and “doing what was right.” He was also known for his humility, never believing that he had much influence or that people looked up to him. David was preceded in death by his mother, Winona Martin, and father, A.V. (Bud) Martin. Survivors include his wife, Sharlette Martin; sister, Barbara Allen and husband Rex of Berryton, Kansas; children, Sharlette Anderson and husband Wes of Fulton, Missouri and David Martin and wife Kim of Bixby, Oklahoma; five grandchildren, Hali Kristijansson (Cameron), JoeRyan Anderson (Jessica), Jolaina Anderson (Zaven Stephens), Garron Martin, Derek Martin; two great grandchildren, Sydney Kristijansson and Rylen Stephens, as well as numerous cousins, nieces and nephews, and friends. A celebration of life will be at Morris Church of Christ on September 4, 2021, at 2:00. Arrangements and cremation services have been entrusted to the McClendon-Winters Funeral Home of Morris. Memories, condolences, photos and videos may be shared with the family on David 's Tribute Page of our website at www.mcclendon-winters.com

The family of David V. Martin created this Life Tributes page to make it easy to share your memories.