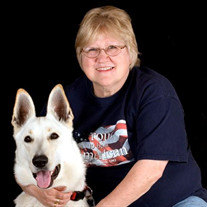 Cindy A. Felis, was born in Birmingham, AL on December 13, 1941, to the late Aubrey and Nan (Temple) Avara Cindy passed away at the age of 79 on Saturday, September 4, 2021. She grew up in Birmingham and graduated from the University of Alabama in 1963, with a degree in Biology. She met Owen Felis at a Christmas party she was hosting, and they later married on June 15, 1963. Owen was enlisted in military and they lived-in numerous cities and towns in the United States and overseas during his military career. Cindy continued to be a gracious hostess as a military wife. She was an incredible musician playing several instruments, not by sheet music but by ear. Cindy was also an avian enthusiast. She loved bird watching and later took several ornithology classes and taught at the college level. Cindy worked for the Drug Enforcement Agency and then as an Environmental Impact Specialist with the Federal Aviation Administration. After retirement Cindy and Owen settled in Oklahoma. This is where Cindy felt most at home where she could bird watch, enjoy the animals and the land. She had two great loves other than Owen and her family, Frosty and Rambo, her beloved dogs. Cindy will be remembered for being a great hostess and being the life of the party. Cindy is preceded in death by her parents Aubrey and Nan, sister Lillian Harris. She is survived by Owen, her husband of 58 years, daughter Laura Quinn and son-in-law Peter of Azle, TX, and daughter Michelle Accardi and son-in-law Steve of Gulf Port, MS, sister Nancy Gillis and brother-in-law Dan. A Memorial Service where the family will receive friends will be held Thursday, September 16, 2021, from 6:00 P.M. – 8:00 P.M. at the McClendon-Winters Funeral Home Chapel in Okmulgee. In lieu of flowers the family would appreciate a donation to the Alzheimer’s Association or to the charity of your choice. Arrangements and cremation services have been entrusted to the McClendon-Winters Funeral Home of Okmulgee. Memories, condolences, photos and videos may be shared with the family on Cindy’s Tribute Page of our website at www.mcclendon-winters.com

Cindy A. Felis, was born in Birmingham, AL on December 13, 1941, to the late Aubrey and Nan (Temple) Avara Cindy passed away at the age of 79 on Saturday, September 4, 2021. She grew up in Birmingham and graduated from the University of Alabama... View Obituary & Service Information

The family of Cindy A Felis created this Life Tributes page to make it easy to share your memories.